My book Farmers Helping Farmers: The Rise of the Farm and Home Bureaus, 1914-1935 (LSU Press, 2016), examines rural America during a period when many forces were colliding simultaneously. Science was colliding with the traditional methods of agriculture; the “virtues” of rural life were colliding with the “virtues” of urban life; and the traditional notions of gender roles on the farm and in society in general were colliding with a broadly emerging drive by women for greater power, authority and autonomy in America. My book examines these conflicts and how farm people, and women in particular, negotiated these conflicts through their work with farm and home bureaus at the local level.

Although I did not perceive this as I was researching and writing the book, now, with some distance, I have come to see that these broad cultural and societal conflicts mirrored a tension that existed in my own family experience. I guess in some ways I have been living with my book my entire life and will likely continue to do so. I unabashedly admit that this book is part of me. My love for the topics of agriculture and rural life and how they intersect with family and gender reflect who I am and from where I came. Even so, when writing the book, I was constantly aware of my own subjectivity.

Recently, however, my understanding of that subjectivity has shifted as I think about the connections between the process of historical writing and one’s own constructed experience of the past. My understanding of my own past rural world has shifted as a result of closely examining the gendered organizational life of men, women, and children through my research. Perhaps it is only because I am older—and maybe wiser—that I now understand how I am constantly renegotiating my memory of the past and that that, in turn, has a relationship to my historical work, previous and ongoing. In particular, I am now more aware of the ways in which gender has structured my own experiences on the farm.

I grew up on farm a mile outside of a town of 650, where it seemed everyone was connected or related in some way or other. My family and relatives on the paternal side had been farming there for many generations. I remember that the first time my husband visited where I grew up, my Dad said to him, both proudly and regretfully, “I was born on that hill over there, I grew up on that other hill over there, and I will die on this hill here in between.” Besides being morose in a stoic Midwestern German Catholic way, it articulated the passion for the land, the love of farm life despite all its hardness, and the deep-rooted connection to place that smell, landscape, family, memory, and community life all bring together.

So, I grew up within this milieu, in which there was an explicit, ongoing tension over past and future, over heritage and opportunity, and it took an “outsider” to really see that. Again, I am going to turn back to a family illustration: After that same visit, my husband said the whole experience felt surreal to him. He had grown up in six different countries on three different continents, and yet he felt he had never experienced a place like this. He said that on the one hand it felt like my father would not have seemed out of place as a captain in the Austro-Hungarian Army circa 1897. And on the other hand, my father seemed thoroughly modern in using his laptop to trade soy and corn futures on the Asian exchanges. I was unsettled by the notion of contradiction, but as I thought about it, I realized he had captured some of the same tensions of the place and period that are the subject of my book.

This very personal introduction is important, because in some key ways my interest in the topic as well as my perspective was informed by seeing things through my family’s eyes. Thus, I wanted to bring a human dimension to my study of the farm bureau, and that led me to take a very different approach to studying its history. The local farm and home bureaus were entwined with the powerful key forces reshaping America in the early twentieth century—science, expertise, and bureaucratization. But how they affected rural lives was historically contingent. Ignoring this contingency has too often led to dismissing the bureau as just another story of agricultural modernization. But, one cannot understand the bureau movement without closely examining its connection to the daily lives of the men, women and children who were part of it. My book shows how the farm bureau and home bureau movement was a site where we can see how individuals made science, expertise, and organization part of their value system. And they tried to do so in ways that did not seem to contradict their past values.

Previous scholarship, which concentrated on bureau men and their relationship to national policy, had failed to address gender or closely examine women’s important role in the bureau. The book highlights how during the early twentieth century the role of women and their positions of power in the family, the farm, and rural America as a whole began to change and expand both dramatically and exponentially. And part of that change was driven by the farm bureau and home bureau movements.

As I researched and wrote, it became clear to me that women’s participation in the farm bureau movement was not a simple story. The patterns of how female participants built organizations, used science, and made  claims to authority and power varied. The fact that women had even established home bureaus in some states had been overlooked or marginalized. These home bureaus mostly functioned as separate entities (although they had links to the farm bureau) and provided a strong home base for home demonstration agents. The home bureau institutions allowed women to claim a particular kind of authority that rested on an ideology of separate spheres. In addition, the science of home economics often reinforced a separate spheres ideology that idealized women as homemakers and consumers and men as farmers and producers. Some female members accepted separate spheres ideology and drew on home economics science to bolster authority that reached from the home into the community. This provided a certain amount of limited power.

Yet, I found that female participants in the bureau movement employed a variety of organizational, scientific, and rhetorical strategies. They selectively and strategically juggled gender ideologies. Some joined the farm bureau themselves. In some states, instead of forming home bureaus, participants formed women’s auxiliaries that were subsumed under the local farm bureaus. This structuring both imposed limitations and offered advantages in different ways than did the home bureaus. Moreover, some female members rejected separate spheres ideology and claimed that they had important roles as producers, partners on the farm, and citizens of the agricultural realm. In this perspective, separate spheres ideology  contradicted so-called traditional patterns of rural life where women had shared in agricultural work or been responsible for production important to the household economy. In holding on to productive roles, women sought to gain an alternative source of authority on the farm and in public life.

There was a stark political dimension to these developments. Through the Extension Services, the state had a hand in attempting to prescribe appropriate roles for rural men and women. The farm bureaus and home bureaus, though private voluntary organizations, worked with the Extension Services of the United States Department of Agriculture to demonstrate scientific information to Bureau members. As a whole, this book reveals the evolving relationship among gender, the state, scientific knowledge, and rural citizens at the grassroots level. 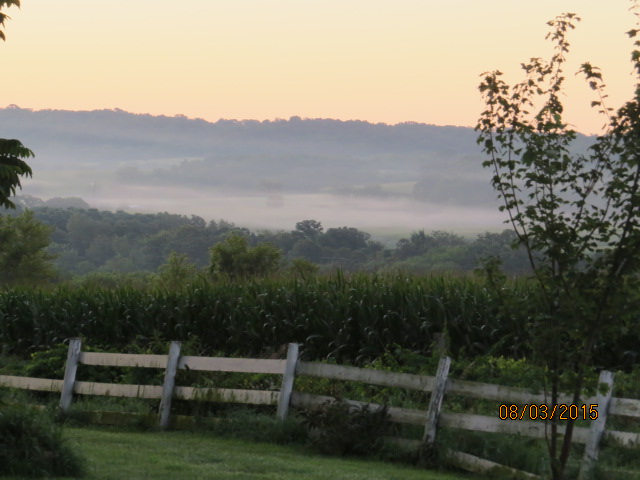 In completing this book, I gained a greater awareness of how my thinking about rural life as I grew up was fundamentally gendered, a result of cultural conditioning. I thought of the farm and farm work primarily as my father’s domain. Indeed, my whole sense of heritage was predicated on connections I drew between males and farming. It was my father and his family’s longstanding farming tradition that I connected to and which shaped my constructions of the past. My mother grew up in a town and knew little—so I thought—of the ways of agricultural work. Instead she focused her energies on raising a family. I heard often the joke about my “poor dad,” the farmer who had four girls and no sons to take over. I am not certain how my sisters felt about that, except they always thought of themselves as “tomboys” who helped out Dad.

And yet, after my Dad passed, my Mom took over managing the farm, which she had not previously done visibly at any level. At 82 she started talking about rotation, soil conservation, fencing, and farm records. It was almost completely seamless—as if she had been doing it all along. She enjoyed delving into farm talk and making decisions about how the farm would be run. It was a type of authority that she had never fully held. I had no idea that she had any notion of the mechanics of running a farm, much less all the USDA programs. Despite being an academic studying the empowerment of women in agriculture, I had unintentionally discounted my own mother’s ability to understand and run a farm. Before completing this book, I was unable to see how sharply gender ideologies had shaped my own family.

I continue to rewrite the past and future, then, as I think about this book and its topics. I like to think that I have made a contribution to understanding the incremental changes in daily life that some women and farm families experienced one hundred or so years ago. But in addition, the process of completing it has taught me how to explore my own subjectivity in more sophisticated ways. I understand, now, that I am constantly reconstituting my past, and that that reconstitution affects my historical work. As a result of my work on this book, I have gained new sensitivity to my own relationship to gender constructions on the farm. And so, though the book is published, it is never really finished.